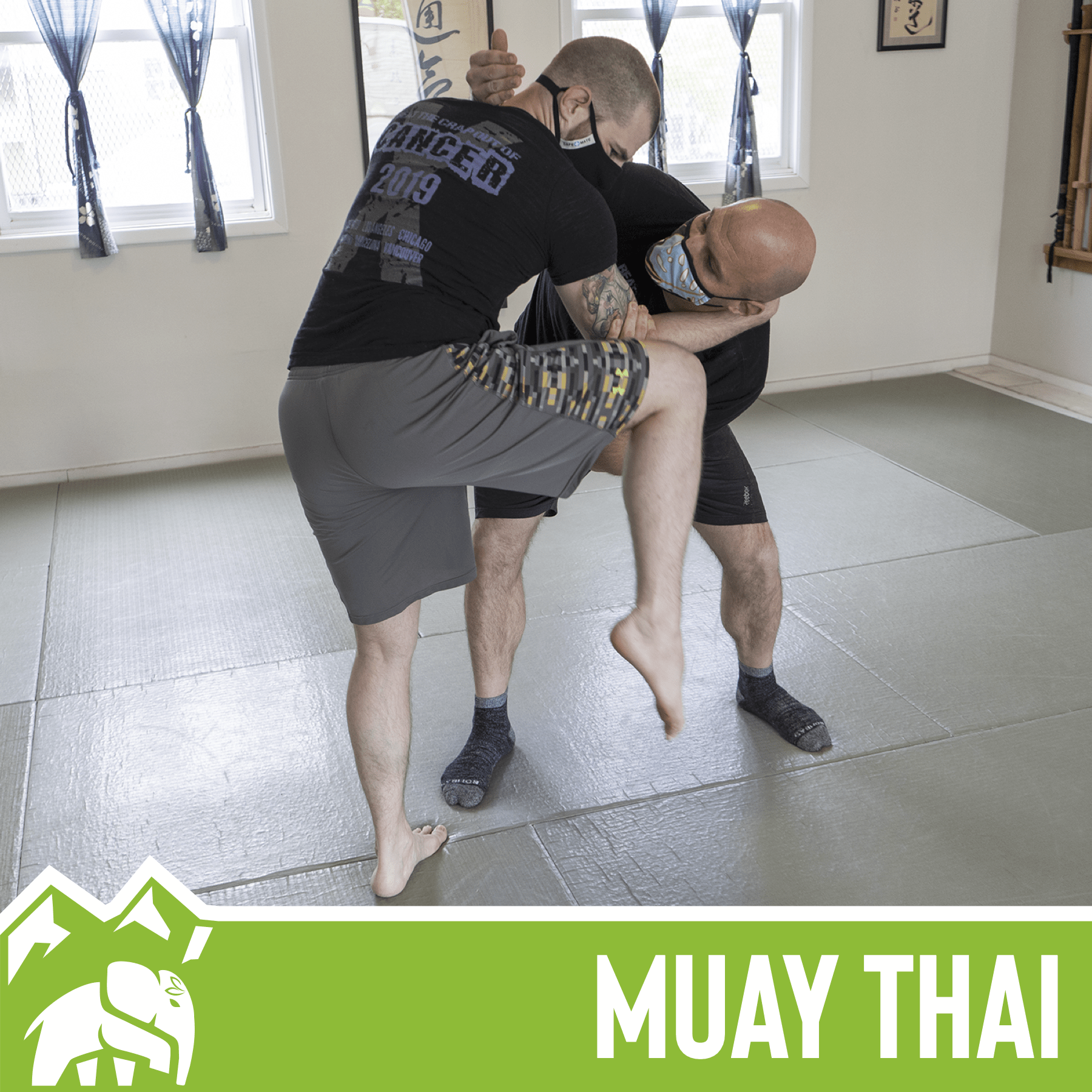 (aka: Thai Boxing or the “Art of Eight Limbs”) – is a Thai martial art and combat sport that predominantly uses eight limbs for stand-up striking: fists, elbow, knees and shins. There are also various clinching or standing grappling techniques which allow practitioners to maximize the devasation of their short range strikes. 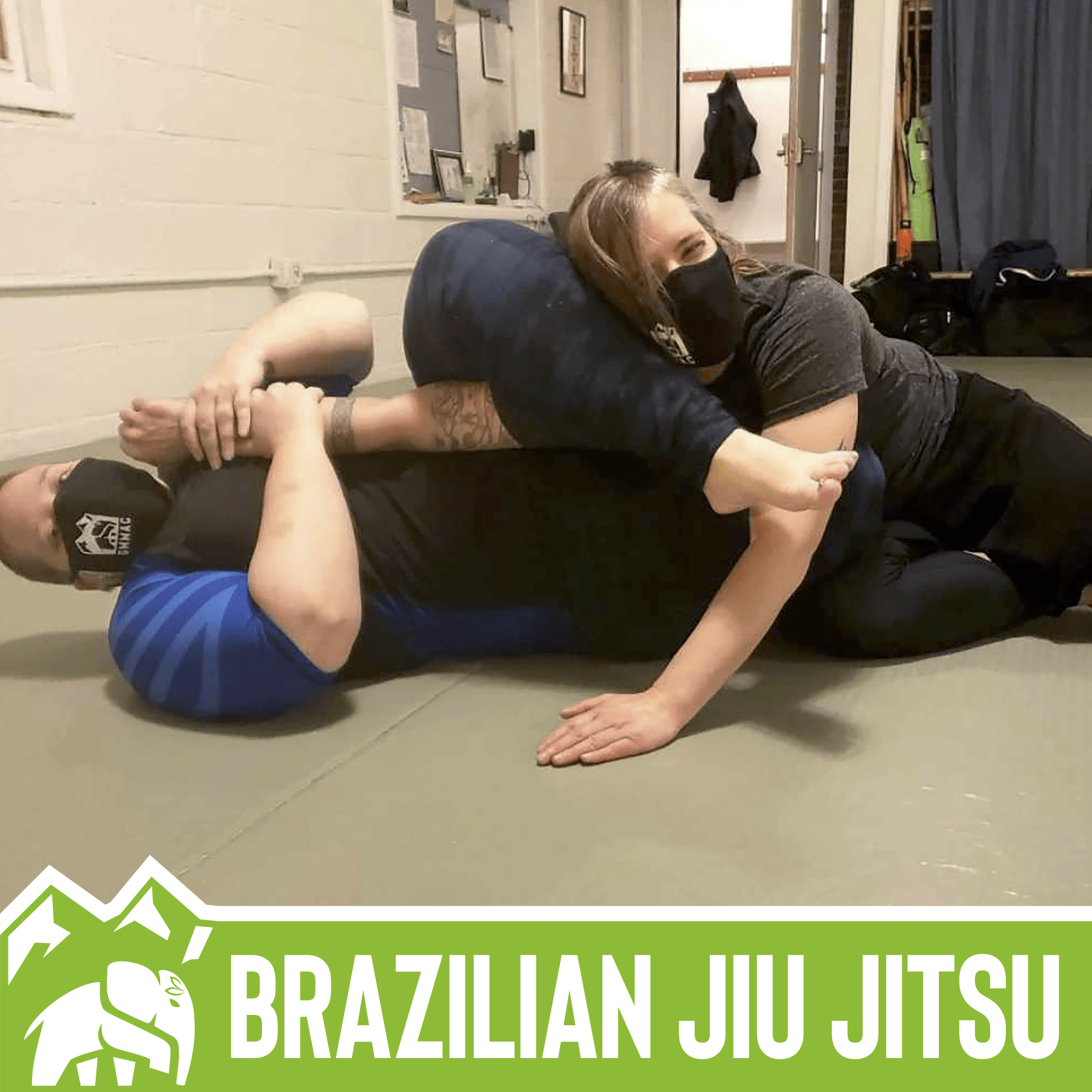 Brazilian Jiu Jitsu (BJJ) is a ground based grappling martial art that specializes in submission techniques primarily focused on joint locks, breaks and chokes.  Widely accepted as an excellent art to train for self defense and empowerment, it is also humbling and centering.

BJJ is known to be universal for body type, size and gender; allowing even the smallest practitioner to overcome the larger and or stronger opponent with proper technique. GMMAC’s lineage is certified under Vincent Guy (Black Belt under Boston BJJ’s Roberto Maia). 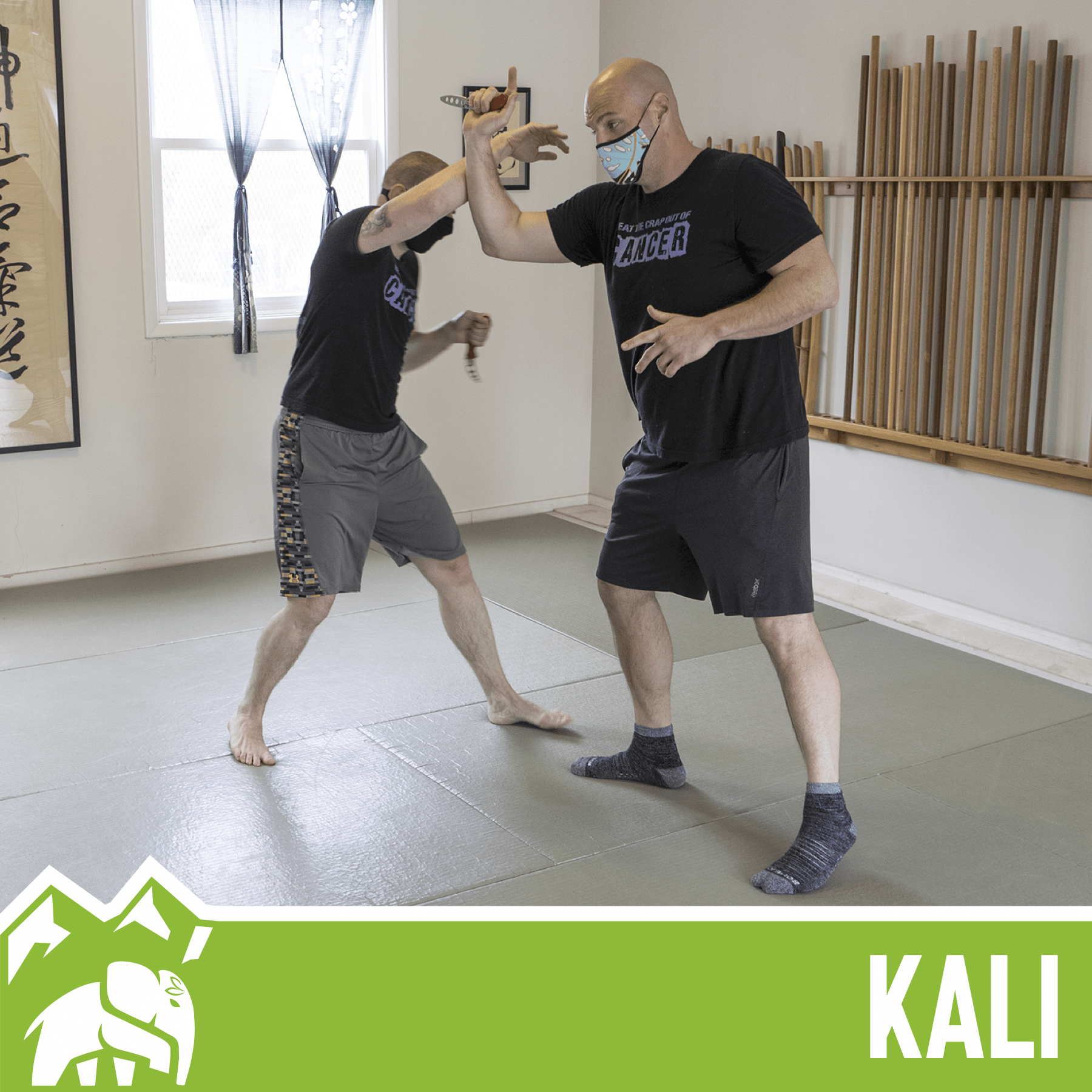 Kali (aka: Escrima or Arnis) – is a Filipino martial art that encompasses multiple weapons and empty hand close quarters combat. It is taught to and utilized internationally by elite military forces for its practicality in self defense tactics and combat.

Developed for facing multiple attackers, as well as single opponent confrontations, the training teaches environmental awareness to students. They will enhance their coordination, range, and timing by using empty hands, as well as long and short rattan sticks to replace swords, knives, and spears. In addition, everyday objects become effective means of self-defense in the hands of a practitioner.

GMMAC teaches The Pekiti-Tirsia system of Kali (PTK) under the lineage of Tuhon Rommel Tortal. 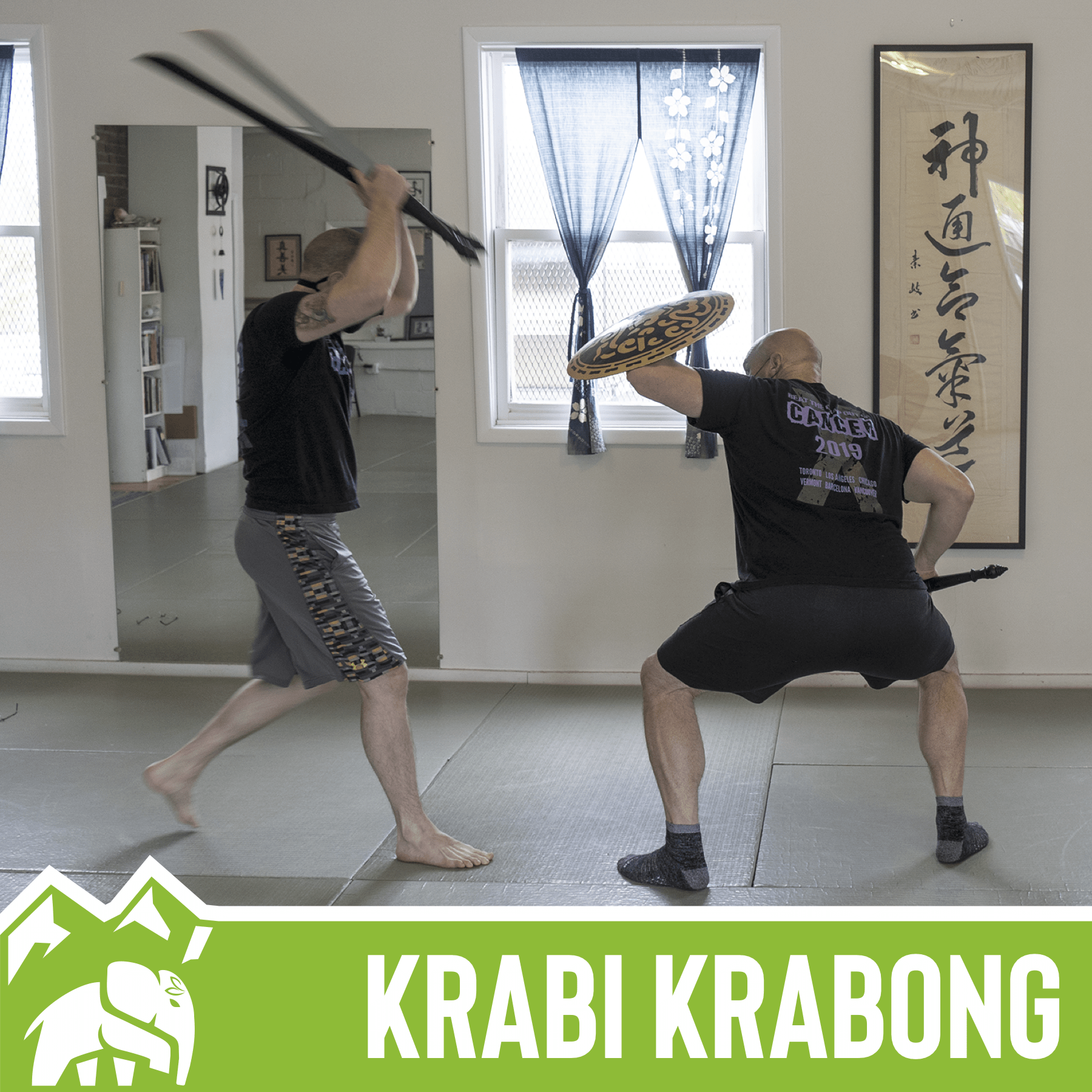 The art of short and long weapons, and predecessor to Muay Thai, Krabi-Krabong (KK) provides students with rigorous conditioning and effective self defense tactics. The system was originally the military weaponry and empty hand combat system of Thailand, and is still practiced widely within the country.

Footwork, coordination and ambidexterity are emphasized in all drills, preparing students to face and handle threats from any and all angles.

GMMAC teaches the Buddhai Sawan system of KK under the lineage of Ajahn Steve Wilson.

GMMAC offers Power Flow for Combat Athletes. Classes are geared toward getting your body ready to train and include gentle stretches, vigorous sun salutations, as well as a brief standing series. Classes also incorporate a hip opening series and brief meditation to prepare you mentally and physically.

Ground Fighting is the application of combining weapon and striking arts with BJJ, wrestling and all other avenues of sport based mixed martial arts. Students learn to defend against hand held weapons when the fight goes to the ground or in a standing grapple. By incorporating ring tactics with combat tactics, our class provides a unique opportunity for practitioners wishing to train for worst case scenarios or for those looking to compete in a Dog Brothers Gathering

SIGN UP FOR A FREE CLASS & ON DEMAND 14 DAY TRIAL